Assoc. Prof. Piotr Henryk Skarżyński, MD, PhD, MSc received the Superlider Award in the category of “health” in the contest organised by the editorial team of the “Echo Dnia” magazine. The contest jury honoured the contribution Prof. P.H. Skarżyński has made into the propagation of pro-health attitudes and improvement of detection of hearing and speech disorders among the youngest local inhabitants in particular.

The Leader of the Region award is granted to the fathers of economic success in multiple fields and areas of market activities. This year the awards were presented for the twelfth time. The contest jury honoured individuals, enterprises and local governments that could boast outstanding achievements, compared with their competitors on the market. The laureates of the contest comprised well-known large enterprises as well as small-sized business entities which stand out on the local market. The “Superlider” Award is the highest possible distinction granted in recognition of distinguished contributions to the regional development and improving the standard of living of its inhabitants. The Grand Finale ceremony during which winners of the twelfth edition of the contest were announced took place on 21 November in the Concert Hall of the Radom School of Music.

Thanking for the award, Prof. Piotr H. Skarżyński emphasised the importance of social participation in prophylactic and screening programmes which play the key role not only in the detection of potential health disorders but also in the collection of population data which are indispensable to plan both regional and national health policies. Prof. Skarżyński also thanked the entire team participating in the programme of hearing screening tests for first grade primary school students in the Mazowieckie Voivodeship for their engagement and efforts made in order to provide children with an opportunity of early diagnosis and dissemination of knowledge pertaining to hearing impairments.

Honorary members of the contest jury included Adam Bielan, Deputy Marshal of the Senate of the Republic of Poland, Zbigniew Kuźmiuk, a Member of the European Parliament, as well as Rafał Rajkowski, Deputy Marshal of the Mazowieckie Voivodeship. Honorary patrons of the Award were Wojciech Skurkiewicz, Deputy Minister of National Defence, Radosław Witkowski, President of the City of Radom, as well as Anna Maria Białkowska, Anna Kwiecień, Andrzej Kosztowniak and Leszek Ruszczyk, Members of Parliament of the Republic of Poland. 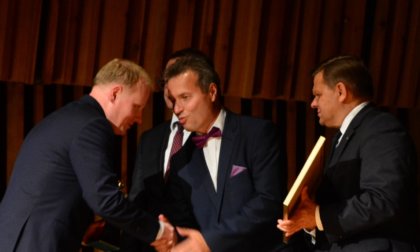 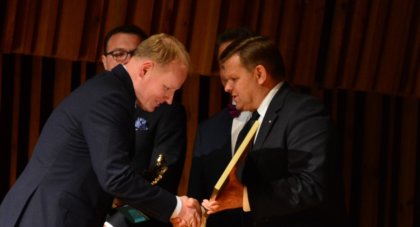 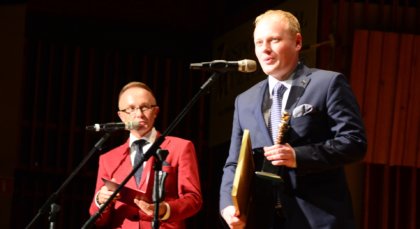 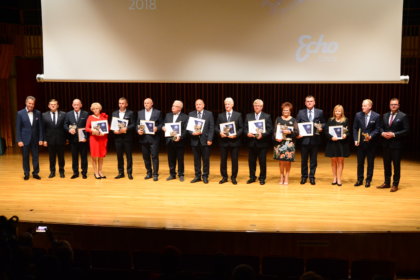